To share your memory on the wall of Alonzo Trainham, sign in using one of the following options:

Print
Alonzo A. Trainham, a Korean War Veteran, 87, of Water View passed away November 7, 2019. He was a third-generation employee of the Railroad Systems, retiring from C & O in 1992.

He was preceded in death by his parents Ellwood Anderson... Read More
Alonzo A. Trainham, a Korean War Veteran, 87, of Water View passed away November 7, 2019. He was a third-generation employee of the Railroad Systems, retiring from C & O in 1992.

He was preceded in death by his parents Ellwood Anderson and Lela M. Trainham; brothers Ronnie, Otis, Doug, and Billy Trainham; and sister Mildred Trainham.

In lieu of flowers, contributions can be made to the Middlesex County Rescue Squad. Arrangements by Faulkner Funeral Homes, Bristow-Faulkner Chapel, Saluda, VA.
Read Less

Receive notifications about information and event scheduling for Alonzo

We encourage you to share your most beloved memories of Alonzo here, so that the family and other loved ones can always see it. You can upload cherished photographs, or share your favorite stories, and can even comment on those shared by others.

Posted Nov 29, 2019 at 11:32am
If my Daddy ever had to work a weekend,which was quite often, I would go with him to help him fix the trains! We would eat breakfast at Nicosia's diner in downtown Newport News and Mr. Nicosia would let me wash dishes and clean the counter and give me a couple of dollars as "pay". I felt so grownup. I would go play on the coal piles, help my Daddy fix trains, then he would take me to Blue Bird Gap Farm on the way home or we would stop at 7-Eleven for a Slim Jim and a cola Slurpee! Such great memories! I will never forget these or my heart full of so many more! I love and miss you Daddy! Look down on us and guide us, we still need you!
Comment Share
Share via: 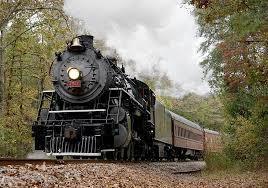