To share your memory on the wall of Alvin Brooks, sign in using one of the following options:

Alvin graduated from Tappahannock High School and served in the U.S. Army. He returned home upon being honorably discharged and married Shirley Moon.

Alvin worked into his 80’s. When not working, he enjoyed picking blackberries or any fruit he could turn into jelly, squirrel hunting (walking in the woods), helping his children and others with projects, being involved with his church, and all family get togethers.

A memorial service will be held on Sunday, April 14, 2019 at 2:00 p.m. at Beale Memorial Baptist Church in Tappahannock. Faulkner Funeral Homes, Marks-Bristow Chapel, Tappahannock, is assisting the family with arrangements.
Read Less

Receive notifications about information and event scheduling for Alvin

We encourage you to share your most beloved memories of Alvin here, so that the family and other loved ones can always see it. You can upload cherished photographs, or share your favorite stories, and can even comment on those shared by others. 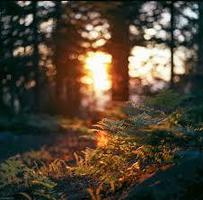