To share your memory on the wall of Ann Osburn, sign in using one of the following options:

Provide comfort for the family of Ann Osburn with a meaningful gesture of sympathy.

Born on November 8, 1927, she was the daughter of the late Herbert Derwin and Averil Richardson Booker of “Mt. Zion”, Lottsburg, Virgini... Read More
Ann Booker Osburn passed away peacefully on Wednesday, August 7, 2019 surrounded by her family.

Born on November 8, 1927, she was the daughter of the late Herbert Derwin and Averil Richardson Booker of “Mt. Zion”, Lottsburg, Virginia. She was preceded in death by her husband, Robert Beverley “Winkie” Osburn and her sisters, Averil Chewning (Bobby) and Margaret Tipton (Peggy).

Mrs. Osburn was a graduate of St. Margaret’s School and attended Converse College. She was the happiest when surrounded by her loved ones and will always be remembered for being a welcoming hostess. She and Winkie shared a great sense of humor and loved gatherings with family and friends.

Print
All services will be private.

We encourage you to share your most beloved memories of Ann here, so that the family and other loved ones can always see it. You can upload cherished photographs, or share your favorite stories, and can even comment on those shared by others.

Flowers were purchased for the family of Ann Osburn. Send Flowers 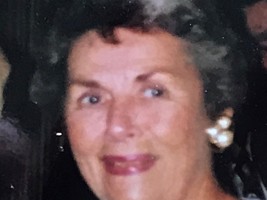