To share your memory on the wall of Arthur Smith, sign in using one of the following options:

Originally from Buffalo, NY, he treasured his family and friends more than anything and fell in love with sailing and being on the water. After residing in Tampa, FL for several years in the 1990’s, Art, with wife Carol, retired to Deltaville, fulfilling his dream of parking their boats alongside the house for frequent sails and entertainment, and to be near lifelong friends.

Art’s career began in the banking and then the tire industry, as a national credit manager, and national sales manager. He loved to travel, both on business and with family, as he and Carol visited a host of beautiful destinations across the globe. They also put in a lot of time driving up and down the East Coast, visiting the families of their 3 children and 6 grandchildren.

Settling in Deltaville, Art became passionate in his engagements with the Church of the Visitation, becoming a Fourth Degree Knight of Columbus. In this role, he enjoyed dedicating time to the Church Building project, Hands Across Middlesex and several service missions in the community and abroad.

According to his children, “In everything he did, he was vibrant, charismatic, fearless, authentic and forthright. He taught us to work hard, to live with integrity, to forgive, to be accepting of diversity, to show respect and to be humble.”

A wake is being held on Wednesday, January 30 at Bristow Faulkner Funeral Home in Saluda, VA from 4:00 – 6:00 p.m. A Mass of Christian burial will be held at 10:00 a.m. on Thursday, January 31 at the Church of the Visitation, 8462 General Puller Hwy., Topping, VA. In lieu of flowers, contributions in Art's memory may be made to the Church of the Visitation Building Fund or Hands Across Middlesex. Arrangements by Faulkner Funeral Homes, Bristow-Faulkner Chapel, Saluda.
Read Less

We encourage you to share your most beloved memories of Arthur here, so that the family and other loved ones can always see it. You can upload cherished photographs, or share your favorite stories, and can even comment on those shared by others.

Posted Feb 06, 2019 at 04:28pm
Death leaves a heartache no one can heal. Death also leaves memories no one can steal. Thoughts and prayers to the family. Jo Anne Jansen (Dunlop) Tonawanda, New York
Comment Share
Share via:
CE

Posted Jan 29, 2019 at 10:18am
Wishing you peace to bring comfort, courage to face the days ahead and loving memories to forever hold in your hearts. 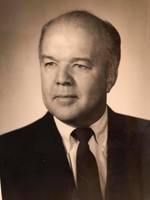 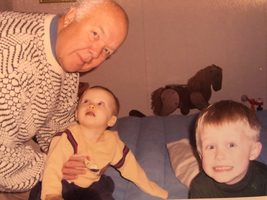 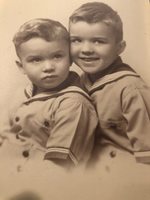 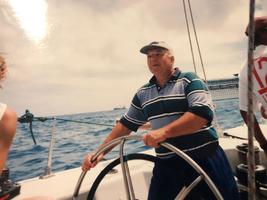