To share your memory on the wall of Benjamin Ellis, sign in using one of the following options:

Provide comfort for the family of Benjamin Ellis with a meaningful gesture of sympathy.

Receive notifications about information and event scheduling for Benjamin

We encourage you to share your most beloved memories of Benjamin here, so that the family and other loved ones can always see it. You can upload cherished photographs, or share your favorite stories, and can even comment on those shared by others.

shirlie, Laurie and Patty Slack, Kellie Simmons & Alison Hanifee, and others have sent flowers to the family of Benjamin Baird Ellis Sr..
Show you care by sending flowers

Posted Jul 03, 2019 at 11:10pm
Sorry to hear of Ben's passing. Have a lot of wonderful memories of going to the tractor pulls and always seeing his smiling face. Always willing to help with anything needed. He will be missed.
Comment Share
Share via:
L

Posted Jul 03, 2019 at 01:49pm
My condolences to the Ellis family. As you have been the closest of friends from the truck pulling family to doing business together,
my thoughts and prayers are with you during this time of loss. May God provide comfort to you in your time of need.
Slow n Easy Pulling Team
Leon Nixon Catering
Leon Nixon
Comment Share
Share via:
SS

Flowers were purchased for the family of Benjamin Ellis. Send Flowers 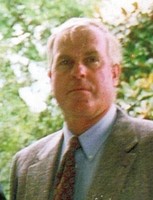