To share your memory on the wall of Bryson Roy Hennigar, sign in using one of the following options:

Provide comfort for the family of Bryson Roy Hennigar with a meaningful gesture of sympathy.

Bryson Roy Hennigar died on May 8, 2019 after a brief illness. Roy was born in 1950 to William Edward Hennigar and Evelyn May Simpson in New Rochelle, New York, the city where he met his wife over 50 years ago. Roy leav... Read More
B. Roy Hennigar

Bryson Roy Hennigar died on May 8, 2019 after a brief illness. Roy was born in 1950 to William Edward Hennigar and Evelyn May Simpson in New Rochelle, New York, the city where he met his wife over 50 years ago. Roy leaves to cherish his memory his wife of 45 years, Gracejean G. Hennigar; his son, Erik G. Hennigar (Alice) of Virginia; his sister, Evelyn “Lyn” May Hennigar (Tom) of New York; his brother, William Edward Hennigar, Jr. (Virginia) of Nebraska; his brother-in-law, Ken Goldstein (Bette) of Pennsylvania; his nephews, Marck S. Goldstein (Carla) and Aaron S. Goldstein; his nieces, Logadia Hennigar and Heather Kemp (Joe); and many friends, but especially long-time close friends: Jack in Florida, Murf in Colorado, Tommy in Virginia, and Steve in Maryland.

Roy was a self-employed painting contractor in Middlesex County for over 36 years. He loved remodeling and maintaining their 1922 home and tending his arboreal acres in Wake overlooking the Rappahannock River. In the community, Roy served as both a Cub Scout leader and a Boy Scout Leader of Troop 341, and as an assistant youth soccer coach. In addition, he mentored young men outside the realm of the scouts, acting as father figure in two local families. In the early 1970’s, while in the armed services, he was stationed in Weisbaden, Germany. Roy loved nature, music, reading, and travel. He and his wife’s most recent travel adventure was to drive up the east coast from Virginia through New England, through Nova Scotia and on an ocean-going ferry to Newfoundland to visit the ancestral home of his grandmother Phyllis Cicely Garland Pye.

In lieu of flowers, please consider memorial donations to The Nature Conservancy.

Celebration of Life is tentatively planned for June.
Read Less

Print
Celebration of Life is tentatively planned for June.

We encourage you to share your most beloved memories of Bryson Roy here, so that the family and other loved ones can always see it. You can upload cherished photographs, or share your favorite stories, and can even comment on those shared by others. 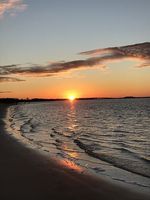