To share your memory on the wall of Christopher Guest, sign in using one of the following options:

Provide comfort for the family of Christopher Guest with a meaningful gesture of sympathy.

Print
Christopher Peyton Guest, 57, of Dunnsville, Virginia, passed away on Friday, November 22, 2019. He was a retired machine operator from Reynolds Metals/Alcoa.

He was preceded in death by his mother, Anne Webb Guest, and his sister, Sue P... Read More
Christopher Peyton Guest, 57, of Dunnsville, Virginia, passed away on Friday, November 22, 2019. He was a retired machine operator from Reynolds Metals/Alcoa.

He was preceded in death by his mother, Anne Webb Guest, and his sister, Sue Purdy.

A memorial service will be held on Tuesday, December 3, 2019 at 11:00 a.m. at Faulkner Funeral Homes, Marks-Bristow Chapel, Tappahannock, Virginia. Interment will be private. Memorial donations may be made to the American Cancer Society at www.cancer.org
Read Less

We encourage you to share your most beloved memories of Christopher here, so that the family and other loved ones can always see it. You can upload cherished photographs, or share your favorite stories, and can even comment on those shared by others.

Posted Nov 26, 2019 at 02:06pm
Chris I am still in shock. We just talked on phone for over an hour a month ago. You were my family. We had some great times. You loved telling old stories on your sister Julie and I. You are now with one of the greatest woman ever, your Mom and my second Mom. RIP my friend. 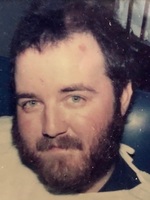