To share your memory on the wall of Cora Farmer, sign in using one of the following options:

She was preceded in death by her husband, Emory Sr., early in their marriage. She raised their four children as a single parent. Through challenging times and limited resources, Cora was able to manage her finances to allow her to assist her children and grandchildren in time of need. She was an independent spirit and will be missed. Cora has gone to heaven at the age of 87.

Cora was also preceded in death by her parents, Lloyd and Sadye Packett, and her siblings Helen, Eli, Allen, Marie, Robert, Eunice, Billy, Johnny, and Lloyd Jr. Cora’s legacy includes a host of children, grandchildren, and great-grandchildren who will always cherish her memory. Sharing in her loss are her children Emory Jr. (Elaine), Jeanne, Timmy (Wanda), Cindy (Bob), her grandchildren Dianna (Chad), Shannon (Eric), Jeffrey, Megan, and Alex, her great-grandchildren Autumn and Abby, and many nieces, nephews, and friends.

She wished to have a memorial celebration of life filled with happy memories and stories at a later date in Tappahannock, VA in lieu of a funeral service. Donations can be made to the Riverside Tappahannock Hospice in her name if desired.
Read Less

Print
A celebration of life will be held at a later date.

We encourage you to share your most beloved memories of Cora here, so that the family and other loved ones can always see it. You can upload cherished photographs, or share your favorite stories, and can even comment on those shared by others.

Plant a Tree in Memory of Cora
Plant a tree 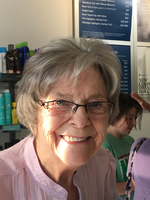