To share your memory on the wall of Diane Neal, sign in using one of the following options:

Print
Diane Davis Neal, 68, of Urbanna, VA passed away unexpectedly December 29, 2020 as a result of a long and courageous battle with cancer at her home.

Diane graduated from Middlesex High School in 1971 and shortly after started her banki... Read More
Diane Davis Neal, 68, of Urbanna, VA passed away unexpectedly December 29, 2020 as a result of a long and courageous battle with cancer at her home.

Diane graduated from Middlesex High School in 1971 and shortly after started her banking career with the Bank of Middlesex in Urbanna which later on prompted a move to Citizens and Farmers in West Point. Diane took time away from her career to care for and raise Andy and Nicky until they were ready for elementary school. Diane then went back to work full time with First Virginia Bank which later merged with BB&T where she retired December 31, 2015.

Jimmy and Diane would spend countless memories traveling together, most of those being to Nascar races, traveling the Northern Neck and going to weekend car shows. Diane was an avid reader, loved to be around people, loved her animals and would always be the person who would be first to help others when needed. Even after retirement Diane continued to support the community volunteering at the Second Time Around Thrift Store in Urbanna while also holding a part time position at the historic Marshalls Drug Store in Urbanna, a place where she loved to be. Diane had a love like no other for her Grandchildren and would devote all of her attention and time to Bryce and Emmy. They put a many a mile on a golf cart together and shared many laughs along the way. Diane was courageous, never complained and always welcomed you with a smile.

Diane is preceded in death by her parents James Lewis Davis and Clarke Major Davis of Stormont; brother, James L Davis Jr. of Locust Hill. She is survived by her devoted Husband of 49 years, James (Jimmy) Neal of Urbanna; son, Andy Neal and his wife, Nicole Neal of Gloucester; daughter, Nicolette (Nicky) Neal Soles and her husband, Troy Soles of Deltaville; grandson, Bryce Neal of Gloucester; granddaughter, Emersyn Soles of Deltaville; sister, Delores Davis Miller of Topping and many other family members and friends.

Due to the ongoing restrictions with the Coronavirus Pandemic, a memorial service will be held at a later date.

As an expression of sympathy and In lieu of flowers, the family request that donations be made to support her Grandchildren’s college funds, Diane Neal, 408 Laurel Farms Lane, Urbanna, VA 23175. Arrangements by Faulkner Funeral Homes, Bristow-Faulkner Chapel, Saluda, VA.
Read Less

Receive notifications about information and event scheduling for Diane

Print
Due to the ongoing restrictions with the Coronavirus Pandemic, a memorial service will be held at a later date.

We encourage you to share your most beloved memories of Diane here, so that the family and other loved ones can always see it. You can upload cherished photographs, or share your favorite stories, and can even comment on those shared by others.

Posted Dec 31, 2020 at 09:18pm
My memory of Diane is she was so sweet and so wonderful and I hope that her children will embrace her love for them I am the one who made the little footstools with Bryce and Emerson's name on them they were so important to her she loved her children and her grandchildren so much.. my heart goes out to all of y'all.
Comment Share
Share via: 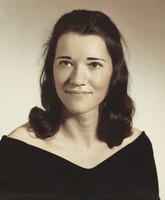