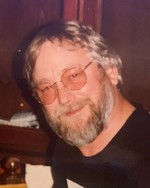 On February 9, 2021 at 1:10 hours, Donald Clemens took his last breath. He served in the US Army during the Vietnam War and retired with the Newport News Shipbuilding as a supervisor. Donnie was one of a kind. He was a fighter and did everything on his own terms. Even though he had dementia, there were still bits of his personality that the disease couldn't even conquer. He wasn't a Hallmark dad, but we knew he loved us with all of his heart.

His hobbies were fishing, hunting, being outdoors, and cooking on his many grills that he swore each did something different, but to the average joe ... they were just grills. If he cooked for you, he would ask 100 times "was it good", and with a mouthful of food we would always answer its amazing!

Donnie left an everlasting impression on those who met him. He had more lives than a cat and has lived through 2 types of cancer, head on car collisions, fights, falls, and even a copper head snake bite. Even after that snake bit him, he went inside the house, grabbed his .410 shotgun and went back outside and blew that snake to pieces. He was definitely one of a kind from his sense of humor and wittiness to being simple but complicated. All those who knew him has a "Donnie story". He will surely be missed, but not forgotten!

He is preceded in death by Richard Clemens (father), Peggy Rogers (mother), and Michael Clemens (brother).

Celebration of Life will be announced at a later time. Any donations or proceeds are requested to be donated to the Alzheimer's/Dementia Foundation.