To share your memory on the wall of Donnie Horner, sign in using one of the following options:

Donnie is predeceased by his father, Charles A. Horner of Prince George, Va., and his wife, Nettie Horner of Tappahannock, Va.

Donnie loved sharing jokes and stories with family and friends. Even though some were “off color” the spirit in which they were told made us laugh. Donnie was a loyal friend. They were a treasured part of his life. He loved spending time with his buddies in the Big Woods or at the shop. Donnie had an enduring affection for his canine companions who seemed to know just where to go for treats and attention. He always made them comfortable on the river porch by sharing whatever he had to offer. Most importantly, Donnie loved his family. He enjoyed family time at the river, holiday gatherings, and just relaxing on the porch at the river, laughing and sharing stories with those most dear to him.

Receive notifications about information and event scheduling for Donnie

Print
There will be a virtual service held on Saturday, December 5th at 3:00 PM EST. For more information, please visit https://www.virtualmemorialgatherings.com/memorial-services/donald-c-horner

We encourage you to share your most beloved memories of Donnie here, so that the family and other loved ones can always see it. You can upload cherished photographs, or share your favorite stories, and can even comment on those shared by others.

Plant a Tree in Memory of Donnie
Plant a tree 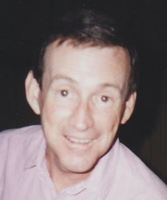