To share your memory on the wall of Dorothy Hilbush, sign in using one of the following options:

In 1928, the Lambs moved to Iowa and Dorothy continued her education in the public schools of Afton and Prescott, Iowa. The family grew to include four other siblings; Julius, Robert, Thomas, and Janette, all of whom predeceased Dorothy. The time in Iowa coincided with the Great Depression and much of Dorothy’s outlook and perspective on life was developed then.

In 1939, the Lamb family relocated again to Ponca City, Oklahoma and Dorothy graduated from high school there in 1940. She attended Ponca City Business College before accepting a position as a secretary in the War Department in Washington, DC in 1941. Taking a train to DC, she met three other girls who became her roommates in Washington and also lifelong friends. Through one of her roommates, Dorothy met her first husband, Virgil R. Bevins of Wise, Virginia, who she married at Bolling Air Force Base on April 1, 1944. During her time at the War Department, Dorothy assisted in the move from the old War Department building to the Pentagon and she was among the first employees to work in the Pentagon.

Dorothy and Virgil lived briefly in Goochland County after the war, then on to Wise County for a while, but ultimately returning to Richmond in 1951. Dorothy went to work for McGuire VA Medical Center as a secretary/supervisor in the dental department, retiring in 1979. From that point on she lived nearly full time at her river home in Topping, Virginia.

Virgil Bevins passed away in 1978, and Dorothy married Henry B. Hilbush of Richmond in 1983 and was married to him until his passing in 1989.

Dorothy lived life to the fullest, and she loved to travel, meet new people and participate actively in organizations. She grew up in the Methodist church and participated in their youth activities, school chorus, and 4H. She had the distinction of winning a blue ribbon at the Iowa State Fair for a loaf of white bread in 1936 and first prize for perfect posture and health at the Iowa State Fair in 1938. In more recent years, she was a member of the Ginter Park Women’s Club in Richmond, the Red Hat Society of Middlesex County, and Harmony Gove Baptist Church in Topping where she was a member of the JOY Club and was faithful in the ministry of making sleeping bags for the homeless and distributing sermon tapes to the homebound. Dorothy was also a member and former director of the William Strother Society.

Dorothy contributed regularly to her Church and to the Cryer Center. She and her husband, Henry Hilbush, contributed to a classroom at the Robins School of Business at the University of Richmond and Dorothy funded the first Habitat for Humanity house in Middlesex County.

Receive notifications about information and event scheduling for Dorothy

Print
A private cryptside service will be held at Greenwood Memorial Gardens in Richmond with a memorial celebration to be held at Harmony Grove Baptist Church in Topping at a later date.

We encourage you to share your most beloved memories of Dorothy here, so that the family and other loved ones can always see it. You can upload cherished photographs, or share your favorite stories, and can even comment on those shared by others.

Plant a Tree in Memory of Dorothy
Plant a tree 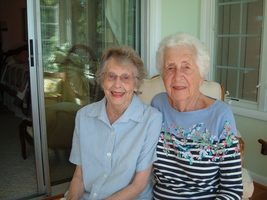 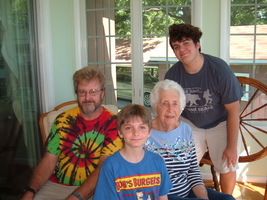 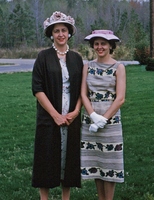