To share your memory on the wall of Earl Maggard, sign in using one of the following options:

Print
Earl Leon Maggard, 74, of Tappahannock, Virginia passed away July 28, 2019, from complications of Parkinson’s disease in the loving comfort of his wife of 34 years, Suzi.

Earl was born in Escalon, California, March 26, 1945, to Earl Le... Read More
Earl Leon Maggard, 74, of Tappahannock, Virginia passed away July 28, 2019, from complications of Parkinson’s disease in the loving comfort of his wife of 34 years, Suzi.

In 1962 he began a 22 year career in the US Navy, serving in the Blue Water Navy during the Vietnam War on the USS Vesuvius, AE15. Rising to the rank of Senior Chief, he served in various duty stations all over the world. He was particularly proud of being a plank owner and part of the commissioning crew of the USS Eisenhower, CVN 69. During the latter part of his career he helped many post Vietnam veterans struggling with drug and alcohol addiction. Upon retirement as Communications Officer, NAS Patuxent River, he was awarded the Navy Commendation Medal and the Navy Achievement Medal.

Following retirement Earl moved to Idaho, where he adopted and trained wild horses. He was an advocate for the Idaho wild horse and worked closely with BLM.

Earl and Suzi purchased the Kuna Melba News, a weekly newspaper based in Kuna, Idaho in 1992. They published the paper until 2006.

Earl and Suzi moved to Tappahannock, Virginia in 2013 to be near family.
He is survived by his wife, Suzi; sons Robert (Jamie) of Kentucky, Dave (Melanie) of Flagstaff, AZ, Daniel of VA and Christopher of MD; stepsons, Hugh White of Pittsburgh, PA and James Davis of Boise, ID; 3 brothers, Larry of MO, Ric of Anchorage, AK and Greg of Parma, ID; granddaughters Heather (James) Durbin, Stephanie Maggard of GA, Daisy Mae of KY, grandson Bobby Earl of KY; stepmother Cathy Maggard of Branson, MO and numerous nieces, nephews and friends.

Receive notifications about information and event scheduling for Earl

We encourage you to share your most beloved memories of Earl here, so that the family and other loved ones can always see it. You can upload cherished photographs, or share your favorite stories, and can even comment on those shared by others.

Posted Sep 04, 2019 at 05:39pm
Bob Smith, Coordinator for the AE15 USS Vesuvius Group of the AE/AOE Sailors Assn.
Our deepest sympathies go out to the family and friends of our shipmate, who served on the USS Vesuvius AE15.
You will be missed by your shipmates but you can now rest in peace with the satisfaction of a job well done.
We wish you fair winds and following seas on your last and final voyage.

Posted Aug 03, 2019 at 06:41pm
Kris and I were just talking about you guys. Her girls want horses and we were telling them all kinds of memories of all the horse fun at your house. Never a dull moment at your house. Especially when horses were involved. I can’t believe we are this old. So sorry to here about Earl. You will be in our thoughts and prayers
Karl and Janet Green
Comment Share
Share via:
MP

I am so sorry to hear this Suzie. Prayers of comfort for you. 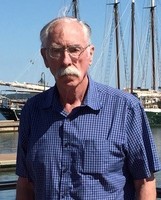 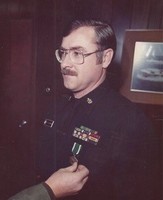