To share your memory on the wall of Esther Boroody-Gauthier, sign in using one of the following options:

Provide comfort for the family of Esther Boroody-Gauthier with a meaningful gesture of sympathy.

Esther was a remarkable lady. Prior to locating to Mathews, Esther lived in Houston, Texas was active with Toastmasters in the Houston area and was a popular member of the prestigious Raveneaux Country Club. Always charming and enthusiastic, she was active at many Masonic activities with Roland to include the American Legion and Knights Templar Grand Commandery where she received the highest Women’s Award Certificate and Medal and was honored to be the first woman to give a speech at the Masonic Grand Master’s Official Visit.

Some of her other activities included the Mathews Homemakers Club where she was known for her hand-knit dish cloths, Toastmasters, St. Paul’s United Methodist Church and St. Francis de Sales Catholic Church. She was always willing to help with welcome buffets anywhere she was needed. Two of her favorite activities were the Celebration Singers Choir, the Stepping Stones Square and Round Dance Club where she met Roland.

We encourage you to share your most beloved memories of Esther here, so that the family and other loved ones can always see it. You can upload cherished photographs, or share your favorite stories, and can even comment on those shared by others.

Karen Colello and Barbara Mac Rae have sent flowers to the family of Esther Boroody-Gauthier.
Show you care by sending flowers

Posted Jan 24, 2020 at 05:22pm
We will miss our dear Aunt Esther and always think of her with a big smile. She has taken a piece of our heart away. Forever remembered with love and gratitude. Laura & John Cochran, Melissa, Andy, Brielle, Dean, Megan, Max, Remy, Sean and Amy
Comment Share
Share via:
KC 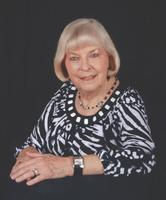