To share your memory on the wall of Frances Ward, sign in using one of the following options:

Provide comfort for the family of Frances Ward with a meaningful gesture of sympathy.

The family expresses a very special thank you to Alma Sickal who brought so much laughter, joy and companionship to Frances. The family also extends their sincere appreciation to Dr. Ron Haggerty, Kacki Haggerty and staff.

Receive notifications about information and event scheduling for Frances

We encourage you to share your most beloved memories of Frances here, so that the family and other loved ones can always see it. You can upload cherished photographs, or share your favorite stories, and can even comment on those shared by others.

Posted Dec 12, 2019 at 05:37pm
Linda Carol Barbara and Family U will always live Frances and each one of you!! I was very fortunate to have her in my life and what awesome memories I have!! She will always hold a special place in my heart! Thinking of each and every one of you.........❤️😘
Comment Share
Share via:
JP

Posted Dec 12, 2019 at 02:04pm
So sorry to hear about your Mother. She was always so much fun to be around. She and Marvin are having a wonderful time together now. We send our love and prayers!
Comment Share
Share via: 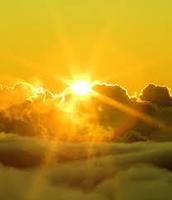