To share your memory on the wall of Frank Daly, sign in using one of the following options:

Print
FRANK A. DALY (Age 91) Years after earning his wings as a pilot, Frank gained another set of wings, those of an angel.

Frank died at his home in Urbanna, VA on January 18, 2020. His devoted dog Pookie was at his side. Frank was the son ... Read More
FRANK A. DALY (Age 91) Years after earning his wings as a pilot, Frank gained another set of wings, those of an angel.

Frank died at his home in Urbanna, VA on January 18, 2020. His devoted dog Pookie was at his side. Frank was the son of the late Jack and Anna Daly, and brother of the late George Daly (Fran) and Marie Porreco (Rocco). Frank leaves behind a family that loves him and will dearly miss him, including his four children - Kathy Montgomery (Pat), Marjie Lex (Tom), Frank (Kate) and Dan (Carole); seven grandchildren, three great-grandchildren, and many beloved nieces, nephews and dear friends.

Born in Brooklyn NY, Frank served in the Navy, flew as a commercial pilot for Capital Airlines, had a career in the federal Government, and was a real estate agent in retirement. Frank's Government career put him and his family in Southeast Asia, Germany and the UK. Frank had a brilliant mind, an engaging personality and a love for his family, friends, nature, animals, languages, telling awesome stories and reading, especially poetry, which he was also gifted at writing. Frank spent his final years in Urbanna, an area that he had always loved.

Oh, how we will miss him as he has: "slipped the surly bonds of Earth...and trod the high untrespassed sanctity of space...and touched the face of God."

A Catholic funeral mass will be celebrated at St. Mary of Sorrows Historic Church Ox Road/Fairfax Station Rd, Fairfax Station, VA on Friday, January 31, 2020 at 1 p.m. In lieu of flowers, donations can be made in his name to the Middlesex County Animal Shelter.
Read Less

Receive notifications about information and event scheduling for Frank

Donations are being accepted for: MIDDLESEX PET FRIENDS OF LIFE.

We encourage you to share your most beloved memories of Frank here, so that the family and other loved ones can always see it. You can upload cherished photographs, or share your favorite stories, and can even comment on those shared by others. 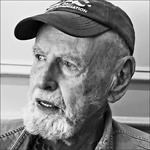