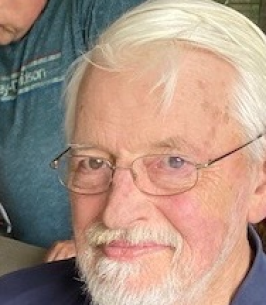 Howard Wesley Sorey, of Mathews, VA, went to meet his beloved wife, Susan in heaven on Wednesday, May 4, 2022. Howard was born September 26, 1948 to Carroll and Hulda Sorey in Norfolk County, VA. He had his first job at the tender age of six when he was his father's right hand in farming, a job that would continue into high school and lead to him being a Produce truck driver.

After Howard graduated from Great Bridge High School in 1966, he studied engineering at Old Dominion University. He continued delivering produce even after he put his engineering degree to use as a Navy civilian at Norfolk Naval Air Base. Howard worked for NARF from 1966 until his retirement in 1991. He then pursued his passion in woodworking and as a part-time granddaddy-babysitter. He re-entered the professional workforce in 1998 at Simco Electronics and stayed until his final retirement in 2015. Through his career, he traveled the world in order to map the North Star and progression of the Earth for flight navigation. He married his high school sweetheart, Susan in 1966. They were married for nearly 48 years raising seven children who adored them.

Howard was preceded in death by his beloved wife Susan, his parents, Carroll and Hulda and his sister Carolyn.

Howard was kind, compassionate and generous with his time and resources. He volunteered at Hands Across Mathews for many years, and fed barbecue to thousands as the head chef caterer of Tater Neck BBQ. He shared his passion for good food with his family, and the tradition is carried on in his namesake cafe, Howard Dooley. He opened his home and heart to friends, extended family, and anyone who needed the stability and love that came with being a Sorey. The only thing that rivaled his kindness was his intelligence. There wasn’t anything he didn’t know or anything he couldn’t fix.

The family will receive friends from 3 to 5 PM on Monday, May 9th. at Faulkner Funeral Homes, Foster-Faulkner Chapel, Mathews, Va. A celebration of Howard's life will be held at 5pm on Monday immediately following visitation.