To share your memory on the wall of James Ellis, sign in using one of the following options:

Jim joined the United States Air Force after high school and served in Vietnam flying “Blind Bat” missions over the Ho Chi Min trail. He completed numerous statewide assignments to include five years in the Special Air Missions at Andrews Air Force Base where he served as an usher at President Reagan’s 2nd inauguration. He served in Canada, Germany and several temporary assignments throughout Europe.

Jim held several jobs after retiring from the Air Force but found his true calling as a volunteer EMT and full time deputy sheriff for Middlesex County where he retired at the rank of lieutenant. At the time of his passing he was employed by Middlesex County performing maintenance for county property.

Jim loved spending time with his family and friends, cold beer, NASCAR and his New England Patriots. He had many good friends whom he also considered family and was always willing to help anyone in need. Whether it be with a tool, a couple of dollars or an inappropriate joke to brighten someone’s day. He was a bright spot in so many lives and will be forever missed, but he can always be found in the words of his favorite song, “What a Wonderful World” by Louis Armstrong.

In lieu of flowers, donations can be made and noted “In memory of James Ellis” to the Middlesex County Volunteer Rescue Squad P.O. Box 98 Deltaville, VA 23043
Read Less

Posted Nov 12, 2020 at 07:33pm
I've served with too many to count within the Army, EMS, and Law Enforcement services. Jimmy was truly a man I loved, respected, and always enjoyed working with. Most importantly, I trusted him with my life, literally. He didn't say it, but his actions showed you he cared and valued you through his smile, laugh, and the way he greeted when you saw him. The whole family is special, and I'm privileged to be apart of it. Certainly, life will never be the same with he and Tammy gone. I certainly will never forget them. I will keep a prayer, good thought, condolence... for the family and friends. Love and hugs, Shawn
Comment Share
Share via: 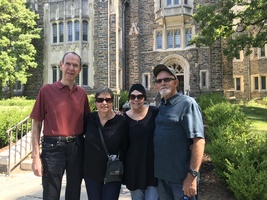 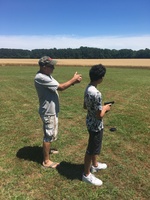 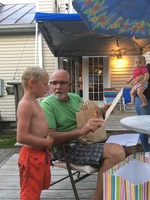