To share your memory on the wall of Jane James, sign in using one of the following options:

“Her Own Sweet Time”

“Her Own Sweet Time”

Jane left us too soon on February 27, 2019. She was preceded in death by her father and mother, Jeffrey W. James & Sarah Frances Borkey James; also one greatly loved grandson, James Kody Johnson.

For most of her life, Jane was a unit secretary at Bon Secours Regional Hospital in Richmond. Jane was the most botanically sensitive person we’ve ever known, wanting to root anything that had a stem, single leaves, 4 leaf clovers, etc. and she was almost always successful at this. Much greenery owes its life to her.

Cremation plans are private. A memorial service for family and a few friends is planned for a later date.
Read Less

Print
Cremation plans are private. A memorial service for family and a few friends is planned for a later date.

We encourage you to share your most beloved memories of Jane here, so that the family and other loved ones can always see it. You can upload cherished photographs, or share your favorite stories, and can even comment on those shared by others.

Plant a Tree in Memory of Jane
Plant a tree 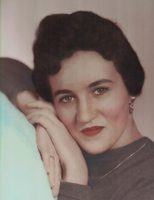