To share your memory on the wall of Julian Moody, sign in using one of the following options:

Print
Julian B. Moody Sr., 93, of Center Cross, Virginia, passed away peacefully at his home on Saturday, March 30, 2019. He retired from Aylett Lumber Company after over 40 years of work, and was also a World War II veteran.

He was preceded i... Read More
Julian B. Moody Sr., 93, of Center Cross, Virginia, passed away peacefully at his home on Saturday, March 30, 2019. He retired from Aylett Lumber Company after over 40 years of work, and was also a World War II veteran.

He was preceded in death by his wife, Edna Mae Moody; two sons, Jerome Sharon Moody and Julian B. “Bub” Moody, Jr. He is survived by two daughters, Judy Haile and June Elliott; one son, Joel M. Moody; grandchildren, and great-grand children.

In keeping with Julian’s wishes, there will be no formal services scheduled. His family would like to thank everyone for their continued love and support during this difficult time. Faulkner Funeral Homes, Marks-Bristow Chapel, Tappahannock, Virginia is assisting the family.
Read Less

Receive notifications about information and event scheduling for Julian

Print
In keeping with Julian’s wishes, there will be no formal services scheduled.

We encourage you to share your most beloved memories of Julian here, so that the family and other loved ones can always see it. You can upload cherished photographs, or share your favorite stories, and can even comment on those shared by others.

Posted Apr 04, 2019 at 09:30am
I have many fond memories of seeing and talking to both Mr. and Mrs. Moody during my years of working at the We-Tot'm grocery store in Tappahannock when they made their weekly grocery shopping visits. Mr. Moody was a man's man but with a kind and gentle manner. My thoughts are with Judy and family. Carter Robertson
Comment Share
Share via: 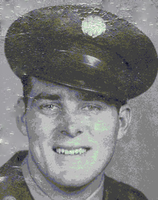