To share your memory on the wall of Larry Dean, sign in using one of the following options:

Print
Larry Glennon Dean, 72, of Deltaville died at home with his wife and son nearby on Monday, August 31, 2020.

He was predeceased by his parents, Thomas Lonnie Dean and LaFay Colquitt Dean; and a sister, Irene Dean Lee, all of Oklahoma. He ... Read More
Larry Glennon Dean, 72, of Deltaville died at home with his wife and son nearby on Monday, August 31, 2020.

He was predeceased by his parents, Thomas Lonnie Dean and LaFay Colquitt Dean; and a sister, Irene Dean Lee, all of Oklahoma. He is survived by his wife, Carter Norton Dean, of Deltaville; his son, Anderson Colquitt Dean; daughter-in-law, Alix; and two adored granddaughters, Helen and Ruth, all of Santa Fe, N.M.; and his sister, Lorene Dean Bridges of Blanchard, OK.

Larry Dean grew up in Blanchard, OK, where he loved to roam a neighboring field watching small mammals and reptiles and finding old buffalo wallows. He attended Oklahoma State University before joining the U.S. Army, serving in Vietnam and in Germany. He stayed in Germany after discharge from the service because he loved the country and following the Gran Prix circuit all over Europe.

He returned to live in New Orleans, where he and Carter met. His career from then on was in hi-fi audio sales and marketing. Music was his passion. He also loved being on the open water of the Chesapeake Bay and Atlantic Ocean. He enjoyed making wonderful food on his Big Green Egg, working with wood, volunteering at the Deltaville Maritime Museum, spending time with his dogs, reading Ernest Hemingway, Kurt Vonnegut and physics; communicating with old Army friends on Facebook; and being Pop Pop to two beautiful grand-girls.

A uniquely kind and honest man, Larry Dean remains in the memories of those who loved him.

In lieu of flowers donations may be made in Larry’s name to Middlesex Pet Friends for Life, P.O. Box 145, Saluda, VA 23149 or online with PayPal at https://middlesexpetfriends.wordpress.com. Click on donate.

A celebration of Larry’s life will be conducted at a later time. Arrangements by Faulkner Funeral Homes, Bristow-Faulkner Chapel, Saluda.
Read Less

Receive notifications about information and event scheduling for Larry

Print
A celebration of Larry’s life will be conducted at a later time.

Donations are being accepted for: MIDDLESEX PET FRIENDS OF LIFE.

We encourage you to share your most beloved memories of Larry here, so that the family and other loved ones can always see it. You can upload cherished photographs, or share your favorite stories, and can even comment on those shared by others.

Posted Nov 18, 2020 at 05:48pm
Larry was a wonderful man. I loved doing business with him for many years and his mellow nature and complete honesty was what made seeing him for meetings a true pleasure. So sorry to hear the news. Carter I hope you are doing ok. He was a great man. Sincerely, Jon Meyer
Comment Share
Share via:
LK

Posted Sep 23, 2020 at 07:56am
I am profoundly saddened by Larry’s passing, a beacon of light and sanity in our crazy Consumer Electronics world. I echo Fred’s sentiments, he was a role model for me back in the late seventies when we briefly worked together in DC. He transitioned into the manufacture’s repping side of our business and was a fixture in Baltimore DC metro area for many years. I will never forget his great sense of humor, shrewd judge of character, and infectious laugh. Rest In Peace old friend.
Lee Kirby-Smith
Comment Share
Share via:
FC

Posted Sep 22, 2020 at 07:23pm
I’ve just learned of Larry’s passing. I’m truly sorry for the family’s loss. Larry was such a defining influence on my career. He was my first manager to recruit me into the CE industry some 43 years ago. Frankly, Larry’s passion for his profession and incredble knowledge & understanding of our industry infused the same passion in me too. I genuinely thought that Larry personified the best of what we do.
He’s going to be sorely missed by so many! We can only aspire to be the kindly mentors and ambassadors of CE that Larry had been to so many. Rest in Peace, old friend! We’ll meet again some day!
Comment Share
Share via:
EM

Posted Sep 10, 2020 at 02:35pm
Larry was like the grandfather I never had. My grandparents really never paid attention to me or were a huge part of my life. Larry and Carter took me in like I was their own and always looked out for me. Larry was so special and so kind. He made me into a better woman and taught me so many things. I miss him every day and just wish I could talk to him one more time. I just pray that he is watching over me and his wonderful wife. 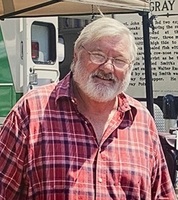