To share your memory on the wall of Lee Rosser, sign in using one of the following options:

Lee's life’s journey was one of adventure, travel and friends from all walks of life. He enjoyed archery in the Alps of Switzerland, sailing on the Chesapeake Bay, camping in the Rocky Mountains and traversing the USA and its amazing National Parks. His greatest treasures could be found right at home where he is now survived by his loving wife of 60 years, Bonnie Rosser; two daughters, Tammy Batschelet of Manteo, NC, Tonja Elgin of Hayes, Va; 6 grandchildren, Trey Batschelet, Candace Franklin, Carla McKenzie, Brooke Russell, Hannah Nelsen, Rebecca Elgin; and 5 great-grandchildren, Brinley, Keegan, Aria, Sydney & Caroline.

Please be advised that current state-mandated guidelines will apply to all in attendance, including social distancing and appropriate face coverings.

The family will receive friends from 10:00 A.M. until 1:00 P.M. on Saturday, January 2, 2021 at Faulkner Funeral Homes, Bristow-Faulkner Chapel, Saluda. A service will follow at Lee’s residence in Wake at 2:00 P.M.
Read Less

Receive notifications about information and event scheduling for Lee

We encourage you to share your most beloved memories of Lee here, so that the family and other loved ones can always see it. You can upload cherished photographs, or share your favorite stories, and can even comment on those shared by others.

Susie Port, Chris and Christine Gardner, and other have sent flowers to the family of Lee William Rosser.
Show you care by sending flowers

Posted Jan 01, 2021 at 05:54pm
Bonnie and family you are in my prayers during this time. Lee was an wonderful gentle man he will be missed by all.

Chris and Christine Gardner purchased flowers and planted a memorial tree for the family of Lee Rosser. Send Flowers

Posted Dec 31, 2020 at 01:16pm
Bonnie, Lee was an amazing man to his country, community and most of all his family. I will always remember him fondly teaching and assisting on Rescue calls. He will be truly missed
Comment Share
Share via:

Thank you Jane! He fought an amazing fight after surgery but our Lord took him home. He loved life and did a lot in his 81 years on earth. We all miss him!
LT

Posted Dec 31, 2020 at 10:45am
Bonnie,
Lee was an amazing family man. He loved his kids and grandchildren. But most importantly, you. He referred to you as his rock and would tell us how lost he'd be without you. You're in our prayers.
Comment Share
Share via: 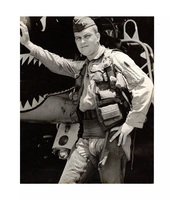 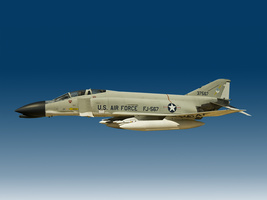