To share your memory on the wall of Norton Hurd, sign in using one of the following options:

Realizing that US involvement in the war was inevitable, he enlisted in the US Naval Reserve. He trained as a pilot, explaining “I would rather be up there pitching than down here catching”. Lt. Hurd trained other pilots in open cockpits in the Minnesota winters prior to requesting transfer to combat. Lt. Hurd flew dive bombers and fighters from the USS Wasp, with missions in the Pacific Theatre. His exploits included providing cover for troops in the Philippines, dive bombing ships at Tokyo, shooting down a Japanese fighter, and crash landing next to the Wasp after his plane was disabled by antiaircraft fire. Lt. Hurd was awarded the Distinguished Flying Cross for his heroism.

After the war Norton returned to Deltaville and opened Hurd’s Home Appliances, which later became Hurd’s Hardware. He met Alvine Taylor, who lived across the street at Taylor’s, her parents’ restaurant, and declared her the most beautiful woman he ever met. He encouraged her to compete in the Miss Rappahannock contest, which she won, and she was crowned first runner up in the Miss Virginia pageant of 1946. They married in 1947.

Norton was known as being very pleasant, caring, witty, and a true friend to customers at Hurd’s. He made appliances available to people who could barely afford them, gave sporting equipment to children, welcomed newcomers and visitors, and helped grow the spirit of helping others in the community. He re-opened the store after hours for someone needing fuses or plumbing parts or had an emergency.

He was a founder of the Lower Middlesex Volunteer Fire Department and the Middlesex Volunteer Rescue Squad and was a past president of both. Prior to 911, his work and home numbers were emergency numbers in the phone book. Upon receiving a fire call, he would run to the fire station to activate the siren, and was a fireman and rescue squad driver.

Norton was a founder and president of the Deltaville Community Association and helped bring sidewalks and streetlights to Deltaville. He served on the County Airport Committee in the 1980’s. Norton was a charter member of the Middlesex Lions Club, a past president, and remained a Lion until his passing. Norton loved Philippi Christian Church and served as a deacon, elder, Sunday school teacher, and board chairman. A lifelong Democrat who attended state conventions in the 1960’s, he supported integration and desegregation, and on those principles, he campaigned for Republican Linwood Holton for Governor in 1969.

Norton helped local people obtain credit and grow their businesses by serving on the board of Directors of the Bank of Middlesex and facilitated merging with First Virginia Bank-Middle Peninsula, serving as Chairman. Norton played baseball with the Deltaville Deltas for three decades and with the Urbanna team when requested, and was a big “hit” at the Old Timers’ games when he was in his 90’s. You would not know that he officially “retired” from Hurd’s in 1986, supposedly turning over the store to his son Jack, given that he worked there until he was 101! He loved serving customers, and his oft spoken phrase was, “Can I help you with something?” Norton played golf until age 99. He said that it was easier to shoot his age the closer he got to 100. Norton donated blood until he believed that he was too old for anyone to want his.

His accomplishments (to date) were read into the Congressional Record in 2006. He was honored in 2007 by becoming one of only two persons who have received the Lynchburg College community service “Beacon of Excellence” Award. Other honors include induction into the Lynchburg College Sports Hall of Fame, Urbanna Oyster Festival Grand Marshall, Deltaville Days Grand Marshall, Middlesex Lion of the Year 2012, Middlesex Rotary “Pride of Middlesex” 2013, River Counties Chapter of the American Red Cross community leader 2014 and Lions International Melvin Jones Fellow 2016.

His 100th Birthday party was celebrated at the Deltaville Maritime Museum and in Maryland by the US Navy Band. A humble man who did not seek honors, Norton was most proud of his students, being able to help customers at Hurd’s, and his family. He truly lived the Lions motto, “We serve”.

Graveside services will be held at Philippi Memorial Gardens on Ballpark Road in Deltaville on Thursday January 14, 2021 at 2:00 pm. In lieu of flowers, donations may be made to the Lower Middlesex Volunteer Fire Department or the Middlesex County Volunteer Rescue Squad. Please be advised that current state-mandated guidelines will apply to all in attendance, including social distancing and appropriate face coverings.
Read Less

Receive notifications about information and event scheduling for Norton

We encourage you to share your most beloved memories of Norton here, so that the family and other loved ones can always see it. You can upload cherished photographs, or share your favorite stories, and can even comment on those shared by others.

Posted Jan 15, 2021 at 07:58am
Mr. Hurd, it has been a pleasure knowing you and being your barber for the past 24 years. I am going to miss you sir. When you have been in heaven for a “thousand years, a million or two, look for me because I will be there too.” RIP my friend.
Sully
Comment Share
Share via:
HS

Posted Jan 12, 2021 at 11:53am
With loving memories of "Norton Hurd", Our thoughts and prayers are with the Hurd family. Mead and Anne Usry

Flowers were purchased for the family of Norton Hurd. Send Flowers 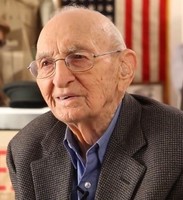 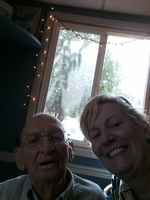 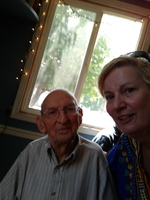 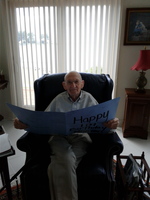