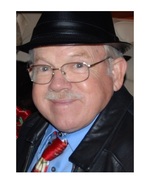 Ryman, Otis of Urbanna, Virginia, passed away peacefully at home surrounded by his family on Wednesday, February 3, 2021. He was born on May 26,1940, to the late Raymond and Valley Ryman. He is survived by his wife, Irma Ryman of 57 years; two daughters and their spouses: Tammy and Thomas Shaia of Suffolk, and Stephanie and Eric Smith of Urbanna; five grandchildren: Valley Caroline, Jacqueline Karrami, Andrea Ryman Shaia, Emilie Madison, and Adam Bryce Smith. He was preceded in death by his sister, Vertie Shoaff. He is survived by his siblings and their spouses, Lawrence and Betty Jean Ryman of Remlik; and Ethel and Donnie Mills of Montpelier; and his loyal canine companion, Cookie.

He moved to Middlesex County with his family in 1955, where he attended Middlesex High School. He worked on the Remlik Hall Turkey Farm while enrolling in a correspondence course on electricity, heating, and cooling systems. In 1968, he established an air conditioning and heating business that has served the Middle Peninsula and its surrounding areas for the past 53 years. He was proud to have his family working alongside him. He was extremely loyal to the Carrier brand, and in 2005 he became the first Factory Authorized Dealer for Carrier Corporation.

Ryman was a member of Urbanna Baptist Church for over 50 years. He was an ordained deacon, served on the Board of Trustees, and other numerous committees throughout his life. He has tirelessly served his community by giving his talents to the Habitat of Humanity, Jacob’s Ladder, Upper Middlesex and Middlesex Volunteer Fire Departments, and as Grand Marshall of many parades. The family would like to express their gratitude to Riverside Walter Reed Hospice and his caregivers, Donna, Iris, Mary, and Nycee.

His greatest accomplishment has been serving his customers, and his greatest love has been his family.

The family will receive friends on Saturday, February 6, 2-4 pm, at Faulkner Funeral Home, Bristow-Faulkner Chapel, Saluda. The celebration of his life will be Sunday at 1:00 P.M., February 7, Middlesex Memorial Cemetery on Red Hill.