To share your memory on the wall of Paul Mark Tyler, sign in using one of the following options:

Mark was a graduate of the University of Virginia with a B.A. in Econ and Political Science. However, he chose to teach Earth Science to ninth graders in Lancaster County and Richmond County. He was known to his students as “MR. T” and had many of his former students on Facebook as friends. Mark had many friends and will be missed by all.

Receive notifications about information and event scheduling for Paul Mark

Print
All services will be private

We encourage you to share your most beloved memories of Paul Mark here, so that the family and other loved ones can always see it. You can upload cherished photographs, or share your favorite stories, and can even comment on those shared by others.

Posted Aug 13, 2020 at 11:43am
I met Mark online through a mutual friend, Jeffrey Withers. I enjoyed conversations with Mark about life, religion and the state of world affairs, etc. Had the privilege of meeting him and Mary at Jeff's wedding. Always said we would get together for lunch someday, the four of us~~my husband Don, myself, he and Mary. Sorry that never happened. Thanks for the good memories and advice through the years we were friends. Mary, if I can do anything for you, please ask and maybe you and I can make that lunch. Dianne Byrd Upton

Posted Aug 11, 2020 at 01:15pm
My condolences to Mary, and Mark's family and friends. Mark was a very kind person, who loved music, he loved his Golden Retriever who passed a few years ago, he could talk your ear off, and he had many students that remember how much fun he made learning. He loved teaching "his kids." He was a good friend to many. We started arguing with each other in high school, and I will miss our talks, debates, and arguments. He was one of a kind. I hope now he is at peace and he can lay down his burdens, and listen to some good tunes somewhere up in the atmosphere, or hang out where the Aspen trees whisper.
Comment Share
Share via:
SN

Prayers and condolences to Mark’s family near and far. He was a great coworker and breakfast partner at Sam&Omie’s. Will miss our talks. Rest well 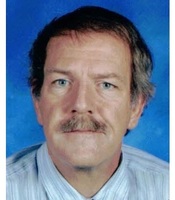