To share your memory on the wall of Peter Buckley, sign in using one of the following options:

Provide comfort for the family of Peter Buckley with a meaningful gesture of sympathy.

Print
Peter Francis Buckley, 77, of St. Stephens Church passed away at his residence on Wednesday, July 10, 2019.

He was preceded in death by his brother, Christopher Buckley, and two sisters, Theresa Buckley, and Susie Buckley

He was preceded in death by his brother, Christopher Buckley, and two sisters, Theresa Buckley, and Susie Buckley

Receive notifications about information and event scheduling for Peter

We encourage you to share your most beloved memories of Peter here, so that the family and other loved ones can always see it. You can upload cherished photographs, or share your favorite stories, and can even comment on those shared by others.

Posted Jul 10, 2019 at 09:18pm
Prayers for comfort and peace for Pete's family. He was a sweet guy with a great sense of humor. I enjoyed working with him. Rest in peace Pete.
Marsha Derr
Hampton, Va
Comment Share
Share via: 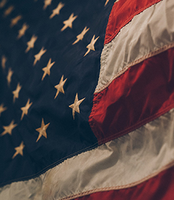