To share your memory on the wall of Philip Harper, sign in using one of the following options:

He is survived by his loving wife of 64 years, Glorious Bristow Harper; sons, Joseph Harper, Downing Harper (Cheryl), and Raymond Harper (Teresa); his sister, Francis Carlton (Connie); 11 grandchildren; 30 great grandchildren, and numerous others who have been welcomed into their loving home.

He was known as “Pop” and Poppa Cat” to many who knew and loved him. He was an inspiration to many, giving advice to those who ask, and always helping others.

He served in the U.S. Army as a Corporal and was honorably discharged in 1953. He worked at several automotive dealerships as a mechanic until he settled at Whitmore Chevrolet for the remainder of his career. At age 55, he became a major part in his son’s racing career where he used his skills to contribute to several track championships. Philip loved to hunt, being outdoors, and enjoying all of nature which God had provided. Pop lived his life everyday by the word of God. He was an example to many and an inspiration to all who knew him. He served as an ordained elder at Gospel Lighthouse Worship Center.

The family would like to thank Riverside Gloucester Hospice; especially Tammi and Susanne for their wonderful care of our loved one.

The family will receive friends at Faulkner Funeral Homes, Bristow-Faulkner Chapel, Saluda, Virginia on Tuesday, November 26 at from 6-8 p.m. A funeral service will be held on Wednesday November 27th at 2 p.m. at the funeral home with interment to follow at Forest Chapel United Methodist Church, Warner, Virginia.
Read Less

We encourage you to share your most beloved memories of Philip here, so that the family and other loved ones can always see it. You can upload cherished photographs, or share your favorite stories, and can even comment on those shared by others.

Kendra Oliver Surber and Tom and Robin Rose have sent flowers to the family of Philip Joseph Harper.
Show you care by sending flowers

Flowers were purchased for the family of Philip Harper. Send Flowers

Posted Nov 26, 2019 at 03:12pm
Wishing the Harper family comfort in this time of sorrow. With love and condolences,

Posted Nov 25, 2019 at 08:37pm
Condolences to all the family. I can say it is a privilege and an honor to have known the great man of God. To know his love for the Lord and his family was priceless. I can honestly say I don’t believe he had an enemy on this earth except the devil himself. Now he is at peace thank You Lord. I pray for continued peace and comfort to all that were a part of his life and especially his family. Brother Philip, you will be missed but most of all we will rejoice in knowing what the Bible says in Psalms116: 15 “Precious in the sight of the LORD Is the death of His saints.”
Now I pray for those left behind that they too will follow in the legacy that Brother Philip walked and left.
‭‭
Comment Share
Share via: 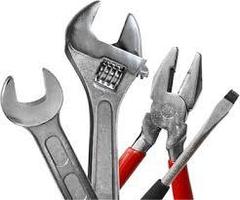