To share your memory on the wall of Raymond Mountford, sign in using one of the following options:

Ray was born on December 5, 1924 in Norfolk, Virginia. He served in the United States Navy during ... Read More
Raymond Nathaniel Mountford, Sr., 95, of Mathews and Virginia Beach, Virginia died on Sunday, February 2, 2020 following a short illness.

Ray was born on December 5, 1924 in Norfolk, Virginia. He served in the United States Navy during World War II, the Korean War and the Vietnam War as a Gunner’s Mate achieving the rank of Senior Chief before retiring in 1973.

After his military service, he worked six years as a machinist in the Newport News Shipyard. He then went to work as a tool room mechanic in the Ordnance Department at the Naval Weapons Station in Yorktown, Virginia, retiring on April 29, 1989.

Ray was a Freemason from 1962 until his death, serving as Worshipful Master at Oriental Lodge in 1985, Botetourt Lodge in 1994 and 2000, and the Donovan Lodge in 2003. He was raised in the Corinthian Lodge in Norfolk, Virginia and he later also joined the Lynnhaven Lodge. He was District Deputy Grand Master during 1978-1979.

He is survived by his wife, Evelyn and his three sons, Ray, Jr. (Lori), William (MeHyun), and James, his daughters, Laura Smith (Wayne) and Barbara Stegman (Mark). He is also survived by his grandchildren, Kyle, Nathan, Justin, April (Leo), Jeff, Amber, Bobbie, Alexis and Veronica, and a great grandchild, Avery. Also surviving him are Evelyn’s daughters, Kevin and Ann and their children, Brandt, Krista, Paige, Ryan, and Whitney.

Receive notifications about information and event scheduling for Raymond

We encourage you to share your most beloved memories of Raymond here, so that the family and other loved ones can always see it. You can upload cherished photographs, or share your favorite stories, and can even comment on those shared by others.

Posted Feb 04, 2020 at 08:40pm
What a sweetheart your dad was. Mr. Mountford and my dad, Wilson Armistead, were good friends. I would be at dads and I can still hear them laughing. May your memories help you and the Lord give you peace.
Comment Share
Share via:
BC 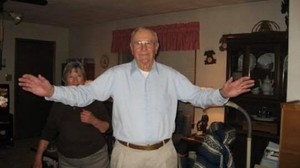 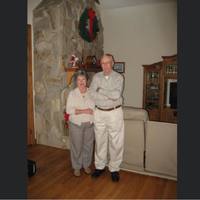 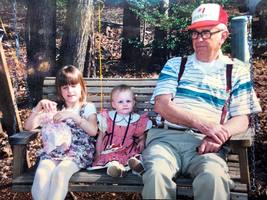