To share your memory on the wall of Richard Goode, sign in using one of the following options:

Print
Richard E. Goode, 65, of Jamaica passed away on Wednesday, March 25, 2020. He was a retired clerk for the Chesterfield County Commissioner of Revenue and was also employed with Whitmore Chevrolet in West Point.

Richard was predeceased b... Read More
Richard E. Goode, 65, of Jamaica passed away on Wednesday, March 25, 2020. He was a retired clerk for the Chesterfield County Commissioner of Revenue and was also employed with Whitmore Chevrolet in West Point.

A private service will be held and a memorial service will be announced at a later date. Arrangements by Faulkner Funeral Homes, Bristow-Faulkner Chapel, Saluda.
Read Less

Receive notifications about information and event scheduling for Richard

Print
Services to be announced at a later date.

We encourage you to share your most beloved memories of Richard here, so that the family and other loved ones can always see it. You can upload cherished photographs, or share your favorite stories, and can even comment on those shared by others.

Posted Apr 18, 2020 at 03:10am
I had the pleasure of working with Richard in the 1980's at the Safeway grocery store in Williamsburg. He was the assistant manager. He was so kind and pleasant to customers and employees alike. It was lovely to work with him. I know that he brought joy to many people who were lucky enough to cross paths with him in this lifetime. I have thought of him often and always remember him fondly.
Comment Share
Share via:
VA

Posted Mar 28, 2020 at 12:05pm
Our hearts are broken with the loss of our friend, Richard, who has been like a brother for the 40 plus years we have known him. Rest In Peace, Richard, and God Bless you, Bill, and all of your family. Our thoughts and prayers are with all of you.
Comment Share
Share via:

Posted Mar 27, 2020 at 10:47pm
Our hearts are breaking!! You left us way too soon!! You were like the brother I never had and an uncle to the boys. Our memories span 38 years of fun, parties, amazing vacations, beach days, pool days, lots of laughter, jokes and yes even some tears. You’ve been with us through everything and watched the boys grow into men. They loved you so much!! But our good memories are so plentiful and as sweet as your chocolate pie and as strong as your rum cake. You will live in our hearts forever. Rest easy Richard, I know you’re line dancing on a cloud. Our love and prayers will continue to comfort your dad until we all meet again.

Posted Mar 27, 2020 at 12:31pm
Dear Bill
I am so sorry to hear of Richard’s passing. He had such a happy personality for as long as I have known him. May God be with you and give you comfort. Cherish your precious memories.
With heartfelt sympathy.
Gloria Couch (formerly Foster)

Posted Mar 27, 2020 at 08:23am
Mr. Goode,
I just wanted you to know what a wonderful person your son was. I am truly sorry for your loss. We have all lost a great person. I work in The Treasurer's Office in Chesterfield. I have known Richard for over 20 years now and I know my life is richer because of our friendship. He was truly a loving, caring and giving soul, full of compassion and love for others. Always willing to help anyone and if he couldn't, he would find someone who could. He texted me on Saturday for my birthday and invited me and my husband to visit him at the river, I will sadly never get that chance. I am glad he was where he loved to be and that he had not been ill. He loved his family and his friends and we loved him. Heaven has gained a new angel, rest in peace my friend. God bless your family.
Comment Share
Share via: 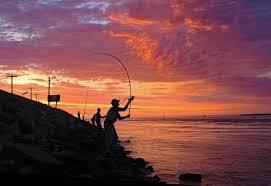