To share your memory on the wall of Roger Hopper, sign in using one of the following options:

He was a member of the Commonwealth Club and the Sons of the Revolution and was a proud member of the United States Marine Corps Reserve. He was a communicant and a founding member of All Saints Anglican Church in Saluda and belonged to Donovan Lodge No. 75 A.F. and A.M. Mr. Hopper was a longtime choir director at Christ Church Middlesex County during which time he composed a service mass which was twice performed by the choir. He also sang in the Richmond Symphony Chorus, and in the Chorus of Alumni and Friends of the University of Richmond. He was an active member of the Sir Arthur Sullivan Society and of the Gilbert and Sullivan Society, both of London, and was an amateur pianist.

Receive notifications about information and event scheduling for Roger

We encourage you to share your most beloved memories of Roger here, so that the family and other loved ones can always see it. You can upload cherished photographs, or share your favorite stories, and can even comment on those shared by others.

Nicole Tillman, Sherry & Konrad Spicer, and other have sent flowers to the family of Roger G. Hopper.
Show you care by sending flowers

Posted Apr 20, 2019 at 02:42pm
Dearest Helen, John, Hill, Chris and Roger, my thoughts and prayers are with you all. So many wonderful memories we have shared. Hugs to you all!! Nancy
Comment Share
Share via:
EL

Posted Apr 20, 2019 at 02:37pm
Dear Aunt Helen, The Randall's are so sorry to hear this news and are thinking of you all!
Comment Share
Share via:
NT

Posted Apr 19, 2019 at 09:16am
Hill and family,
I am so sorry to hear of your loss. I know how close you were with your father. May God be with you and bless you as you travel through these difficult days.
Love and prayers,
Julie, James, and Madilyn Spichek
Comment Share
Share via:
SS

Posted Apr 17, 2019 at 12:54pm
Our prayers are with you and your family – God Bless You All!
Lora Hossley d.12/11/2018 – Melvin Spicer d.4/7/2019
God has called his greatest needs home.
John 14:1-3
Let not your hearts be troubled; believe in God, believe also in me.
In my Father’s house are many rooms; if it were not so, would I have told you
that I go and prepare a place for you? And when I go and prepare a place for you,
I will come again and will take you to myself, that where I am you may be also.
Sherry & Konrad Spicer
Comment Share
Share via: 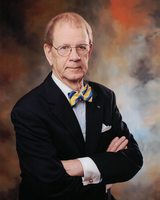