To share your memory on the wall of Ronald Dameron, sign in using one of the following options:

Provide comfort for the family of Ronald Dameron with a meaningful gesture of sympathy.

Print
Ronald E. "Ronnie" Dameron age 63 of Wake, VA, passed away peacefully on December 16, 2019. Some say it's because he couldn't take the Redskins losing anymore. I say it was to avoid the upcoming presidential election!

A draftsman by day... Read More
Ronald E. "Ronnie" Dameron age 63 of Wake, VA, passed away peacefully on December 16, 2019. Some say it's because he couldn't take the Redskins losing anymore. I say it was to avoid the upcoming presidential election!

A draftsman by day and a musician by night. Ronnie's love for playing music was the one thing that could always bring a smile to his face.....and the newspaper daily. A devoted Redskins and Ozzy Osborne fan, you could usually find one of those always playing in the background. From his witty sarcasm to his laid back demeanor, Ronnie can now be the "Batman" he always wanted to be. You will truly be missed Daddy.

Receive notifications about information and event scheduling for Ronald

We encourage you to share your most beloved memories of Ronald here, so that the family and other loved ones can always see it. You can upload cherished photographs, or share your favorite stories, and can even comment on those shared by others.

Dori McEathron, ACI and Quality Management Departments, and others have sent flowers to the family of Ronald E. "Ronnie" Dameron.
Show you care by sending flowers

Posted Dec 24, 2019 at 11:27am
Don't know where to begin. Ron always had a gig or three going on and they were always fun! For several years, he and Donna lit up Ware Neck with the best musical parties ever! Worked with him on a few building projects also over the years. That big smile and joyous laugh would set the tone every time you saw him! What's up Rooster was always his hello to me. He will be sadly missed and his character was unmatched. Rest In Peace dear friend.
Comment Share
Share via:
E

Posted Dec 22, 2019 at 04:27pm
Ron was a kind, intelligent and talented man, we will mis him. We would like to offer his family and friends our deepest and most sincere condolences. Todays service was a fitting send off for such a good guy. --Bob & Elisabeth Peterson
Comment Share
Share via:
DM

Flowers were purchased for the family of Ronald Dameron. Send Flowers

Posted Dec 20, 2019 at 10:46am
Please accept our most heartfelt sympathies for your loss. Our thoughts are with you and your family during this difficult time. 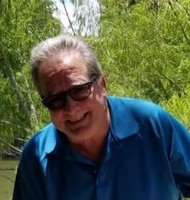 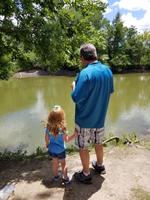 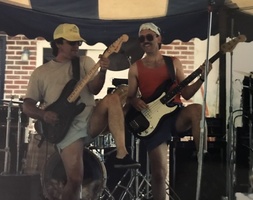