To share your memory on the wall of Samuel Baird, sign in using one of the following options:

Provide comfort for the family of Samuel Baird with a meaningful gesture of sympathy.

“B” was in the European Theater during World War II. He fought in Italy, with the 88th Infantry Division, 88th Reconnaissance Troop, where he was honored with a Purple Heart and the Bronze Star. After returning from the war, he and his wife began farming at their new home “Otterburn”, where he became a member of the Farm Bureau. He helped form the Sugar Hill Hunt Club, and spent many a winter’s day running his dogs.

“B” was a life time member of Vauter’s Episcopal Church, serving on the vestry as Senior and Junior Warden, and Treasurer for many years. He also was the head of the Cemetery, along with many other responsibilities concerning the church.

Receive notifications about information and event scheduling for Samuel

We encourage you to share your most beloved memories of Samuel here, so that the family and other loved ones can always see it. You can upload cherished photographs, or share your favorite stories, and can even comment on those shared by others.

Bob & Jennifer Weaver, Jane Dewey, and others have sent flowers to the family of Samuel Barron "B" Baird Jr..
Show you care by sending flowers

Posted Jul 13, 2019 at 12:27pm
Please accept our most heartfelt sympathies for your loss... Our thoughts are with you and your family during this difficult time.

Posted Jul 12, 2019 at 10:10am
To The Baird Family, We send to you our deepest sympathies for the loss of B; an incredible man with an amazing legacy. Keeping you in prayer! 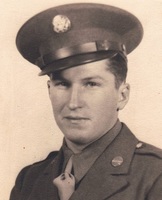