To share your memory on the wall of Sandra Beasley, sign in using one of the following options:

Sandra's brothers and sisters, past and present, meant the world to her. She enjoyed the reunions and visits where the family could share stories and their love for each other. Sandra's grandson, Colin, was the catalyst in getting her to move back home. She loved spending time with Colin and her abundant love for him was unmistakable.

The family would like to thank the staff of Riverside Convalescent Center-Saluda for their support. A memorial service will be held at a later date.
Read Less

Receive notifications about information and event scheduling for Sandra

Print
A memorial service will be held at a later date.

We encourage you to share your most beloved memories of Sandra here, so that the family and other loved ones can always see it. You can upload cherished photographs, or share your favorite stories, and can even comment on those shared by others.

Message:
My life long best friend. We shared so many laughs and heartaches but more best memories any two friends could ever imagine or hope for. I will forever love you and never forget our adventures. Lord knows we had quite a few and I wouldn't trade not one if them!! Not a good bye, cause we never were good at that. SO long until we see one another again. Love Your Barbie Doll in Her Heels!!! 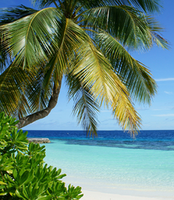