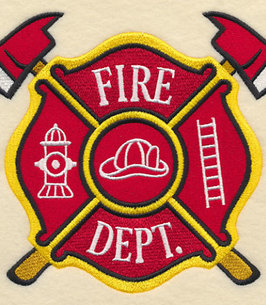 Share this tribute
Memorial Candles Lit for Thomas | SEE ALL
Light a Candle
"We are honored to provide this Book of Memories to the family."
— Marks-Bristow Chapel
Funeral Details Memory Wall Photos & Videos Send Flowers

Print
Thomas Jesse “Tommy” Chinault, Jr., 69, of Tappahannock, VA passed away on September 26, 2018. He was preceded in death by his parents, the late T. J. and Katherine Chinault. Tommy was a lifelong resident of Tappahannock. He graduated from Tappahannock High School, Class of 1967. Tommy devoted his life to volunteer fire and rescue services, following in his parents’ footsteps. Tommy was a life member of the Tappahannock Volunteer Rescue Squad. He was a member of the first class of state certified EMT Cardiac Technicians in the Northern Neck. Tommy was known locally and statewide for his work with volunteer fire services. He was a life member of the Tappahannock-Essex Volunteer Fire Department, serving for 47 years. During this time he served as captain, assistant chief, treasurer and finally as president. He served as president of the Rappahannock Volunteer Firemen’s Association. Tommy served the Virginia State Firefighters Association as President, Executive Committeeman, District Representative and convention vendor committee chair. He was also the liaison to the Auxiliary to the VSFA. Tommy served on the Tappahannock Town Council in 2008. Tommy “Shenny Sheno” was a member of the Single Action Shooting Society where he enjoyed many weekends with his friends.

Tommy is survived by his cousins, Carl Thompson (Nance) of Cortlandt Manor, NY and William Thompson (June) of Toccoa, GA; his fire family, and his fur babies.

Visitation will be held from 2 - 4 pm on Saturday, September 29 with funeral services at 4:30 pm on Sunday, September 30, at Faulkner Funeral Homes, Marks Bristow Chapel, Tappahannock, VA. Interment will follow in the Essex Cemetery.

We encourage you to share any memorable photos or stories about Thomas. All tributes placed on and purchased through this memorial website will remain on in perpetuity for future generations.

Thank you for sharing!

Provide comfort for the family by sending flowers.

Or use your email:

Send flowers to the family
Choose from beautiful standing, table and basket arrangements. Safe and secure online ordering.
View Flower Arrangements
What has already been purchased for the family?
Family Log-In

Connect with families at their time of loss. By subscribing to email updates, you will receive two daily updates containing all new stories, photos, candle lightings, condolences, and more.