To share your memory on the wall of William Hankison, sign in using one of the following options:

Provide comfort for the family of William Hankison with a meaningful gesture of sympathy.

Print
William Lee Hankison, Jr., age 45, went to his eternal home to be with the Lord on Sunday, September 22, 2019. He was surrounded by family as he departed. He was known by many as Bill, Billy or Rescue Bill.

Bill was born in Melbourne, Fl... Read More
William Lee Hankison, Jr., age 45, went to his eternal home to be with the Lord on Sunday, September 22, 2019. He was surrounded by family as he departed. He was known by many as Bill, Billy or Rescue Bill.

Bill was born in Melbourne, Florida on July 12, 1974. He is survived by his son, William Wesley Richards, his father, William Lee Hankison, Sr., his mother, Pamela Stetson Hankison, his sister, Stephanie Hankison Radican (Carey Radican), multiple aunts, uncles, and cousins. He was greeted in heaven by his grandparents, Winifred and Richard Stetson and Verna and William (Pete) Hankison.

Bill graduated from Essex High School in Tappahannock, VA. He attended Tidewater Community College and the University of Richmond. Bill served as a volunteer on the Tappahannock Rescue Squad and the Tappahannock-Essex Volunteer Fire Department. Emergency service was his passion. He worked as an EMT for Amelia Ambulance Service, Forrest Ambulance Service, and Sentara Medical Transport, and Northern Neck Medical Transport. He was employed as a State Mutual-Aid Support Specialist for the Virginia Department of Emergency Management. Bill taught informal and formal training related to firefighter and emergency services training. In addition, he worked as an overnight stocker and assembler for Walmart.

Bill was a trained advocate for NAMI (National Alliance on Mental Illness). His goal was to help reduce the stigma of mental illness by speaking to law enforcement officers and others about his own experiences. He was certified with NAMI as a speaker with their In Your Own Voice program.

A celebration of life and interment will be held at Ephesus Baptist Church, Dunnsville, Virginia on Saturday, September 28, 2019 at 11:00 am.

Bill gave to others without expectation of return or recognition. The family asks that, in lieu of flowers, donations be made to the Ephesus Baptist Church Sanctuary Fund, 287 Ephesus Church Rd., Dunnsville, VA 22454. Please write Bill Hankison, Jr. in the memo section of your check.
Read Less 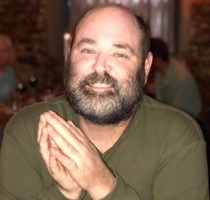