To share your memory on the wall of James Thornton, sign in using one of the following options:

Dickie was born in Norfolk on January 7, 1946. He graduated from Maury High School in 1964. Dickie retired as a Longshoreman (1991-2002). He also worked at Johnny's Auto Service, Hagan Supply and Norfolk Port Authority. Dickie also worked at Hurd’s Hardware in Deltaville for 10 years.

There will be a celebration of life from noon to 4 p.m. on Saturday, April 27, in the Deltaville Community Center.
Read Less

You will receive any future notification messages.
Print 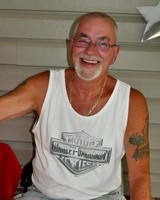