To share your memory on the wall of Lawrence Neal, sign in using one of the following options:

Print
Lawrence Wayne Neal, 84, of Williamsburg passed away on September 11, 2019. Larry was a twenty-one year survivor of prostate cancer. He has now entered another phase of caring and doing things for others.

Larry was predeceased by his m... Read More
Lawrence Wayne Neal, 84, of Williamsburg passed away on September 11, 2019. Larry was a twenty-one year survivor of prostate cancer. He has now entered another phase of caring and doing things for others.

Larry was predeceased by his mother, Viola Peavey Neal, and his father, Wayne Neal, as well as by his grandparents, Elmer and Ruth Peavey, known as Mom and Dad, who raised him. His wife, Marge, of fifty-nine years, as well as his half siblings Catherine N. Baker of Brazil, Indiana, Thomas Neal of Crawfordsville, Indiana and Daniel Neal of Cape Town, South Africa survive him. Also surviving him are his special cousins Mary Wall Smith (Jeff) of Colorado Springs, CO and Donald Wall (Cheryn) of Scottsdale, AZ.

Larry was a graduate of Purdue University, a member of Alpha Gamma Rho Fraternity, Gimlet Leadership Honorary, and majored in soil chemistry. He was a retiree of USDA-FSA Virginia State Office and served his country as an Army pilot of fixed wing airplanes and helicopters.

A graveside service will be held at Harmony Grove Cemetery on September 21 at 11:00 a.m. A “celebration of his life” memorial service will be held at Williamsburg Baptist Church on September 28 at 1:00 p.m. A visitation and reception will follow in the church’s fellowship hall. In lieu of flowers, donations may be made in his memory to the Memorial Fund of Williamsburg Baptist Church, 227 Richmond Road, Williamsburg, VA 23185, or to Hospice House at 4445 Powhatan Parkway, Williamsburg, VA 23188.
Read Less

Receive notifications about information and event scheduling for Lawrence

We encourage you to share your most beloved memories of Lawrence here, so that the family and other loved ones can always see it. You can upload cherished photographs, or share your favorite stories, and can even comment on those shared by others. 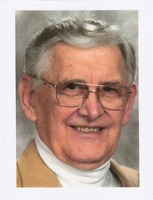