To share your memory on the wall of Selma Thomas, sign in using one of the following options:

Selma has been an active member of Lower United Methodist Church, where she has served in multiple leadership roles throughout the years. She was a former member of the Matthews Yacht Club, and along with her husband, Dallas, they were well known on many of the area's dance floors.

She was preceded in death by her husband, Dallas and her parents, Kenneth H. Jordan, Sr. and Mary Flavia Aldrich. She is survived by her two sons; the Rev. Jim Thomas (Amy) of Beaufort, NC and Ray Thomas (Hee Lee) of Chatham, NJ, four grandchildren (Clay, Drew, Porter and Taryn); her sister, Barbara Smith; and two brothers, Ralph and Earl Jordan.

The family will receive friends on Sunday, January 5, 2020 from 6 - 8 p.m. at Bristow-Faulkner Funeral Home, Saluda, Virginia. A Funeral Service will be held Monday, January 6, 2020 at 11:00 a.m. at Lower United Methodist Church in Hartfield with burial in the church cemetery.

In lieu of flowers memorial donations may be made in Selma's honor to the Hartfield Volunteer Fire Department.
Read Less

Donations are being accepted for: HARTFIELD VOLUNTEER FIRE DEPT INC.

We encourage you to share your most beloved memories of Selma here, so that the family and other loved ones can always see it. You can upload cherished photographs, or share your favorite stories, and can even comment on those shared by others.

Posted Jan 05, 2020 at 08:35am
I was very blessed to have Selma as my Aunt. When I was a child growing up so many wonderful memories were made at her parents home. As I got older and life took us separate ways I could always count on hearing from her at Christmas time with a Guidepoint Christmas card. It always brought a comfort and smile.
Comment Share
Share via: 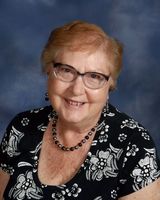