To share your memory on the wall of Thomas Mangrum, sign in using one of the following options:

Provide comfort for the family of Thomas Mangrum with a meaningful gesture of sympathy.

Thomas served in the U.S. Army as a Master Sgt. from 1944 to 1946 and from 1950 to 1952 as Communication Chief in England, France and Germany. He served as Chairman of the Mathews County Board of Supervisors for 13 years and 10 years as a member of the Mathews County Planning Commission. Tom also served on the Board of the Regional Jail in Saluda, VA for 9 years.

The family will receive friends on Friday, January 31, 2020 from 5 to 7:00 p.m. at Faulkner Funeral Homes, Foster-Faulkner Chapel, 160 Main Street, Mathews, VA 23109. A Funeral Service will be held on Saturday, February 1, 2020 at 11:00 a.m. at the Church of the Visitation, 8462 General Puller Hwy, Topping, VA 23169 with entombment to follow at Windsor Gardens Cemetery and Mausoleum, Dutton, VA. Immediately following the entombment there will be a reception at Church of the Visitation. In keeping with Tom’s wishes please do not send flowers. Please honor his memory by making a donation to the Church of the Visitation, P. O. Box 38, Topping, VA 23169 or to the Gwynn’s Island Museum, c/o Tom Edwards, 107 Millstone Lane, Hudgins, VA 23076.
Read Less

We encourage you to share your most beloved memories of Thomas here, so that the family and other loved ones can always see it. You can upload cherished photographs, or share your favorite stories, and can even comment on those shared by others.

Posted Jan 20, 2020 at 11:29pm
Sister Beatrice Artis,
The Transformation Church conveys heartfelt sympathy to your family in the loss of your brother and Loved one, we will continue to hold your family in our prayers. 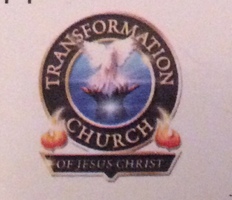