To share your memory on the wall of W. Norman Hall, sign in using one of the following options:

Provide comfort for the family by sending flowers or planting a tree in memory of W. Norman Hall

Provide comfort for the family by sending flowers or planting a tree in memory of W. Norman Hall

A native of Deltaville, Virginia, Norman graduated from West Point High School in 1942. After graduation, he worked for the Glenn L. Martin Aircraft Corporation in Baltimore, Maryland as an aircraft mechanic. He was drafted in 1943 to fight during WWII as a member of the Greatest Generation. As a Marine and a member of the U.S. Navy, Norman served as a Pharmacist’s Mate Third Class and a Hospital Apprentice Second Class (corpsman and medic), and served in the South Pacific on the island of Tinian.

After his discharge in 1946, he studied architecture at Old Dominion College (part of the College of William and Mary) as well as Virginia Tech (then RPI). After his college years, he worked with Dixon and Norman Architects, for Buckingham Slate as National Architectural Director, and the Commonwealth of Virginia as Assistant Architectural Director for Mental Health and Hygiene before founding his own business in Richmond, Virginia, W. Norman Hall Associates and Norhall Enterprise, Inc., where he specialized in the sale and installation of architectural products throughout Virginia, DC, Maryland and the Carolinas. Management of Hall Associates transitioned to his son Chris in 1987, which enabled Norman to return to architecture by managing Stratton Design of Winchester, Virginia before retirement.

Norman is deeply loved and survived by his son Christopher W. Hall (Dawn) in Mechanicsville, his daughter Kristina St. Pere (Poquoson), grandchildren Lindsay R. Hall and Michael Geithman (Jessica), and great grandchildren Scarlett and Everleigh. As one of eight children, Norman is also survived by a host of cousins, nieces and nephews too numerous to name (you all know who you are!)

In honoring Norman, it is important to note that he provided the architectural drawings for the original Community Center in Deltaville along with the present-day Rescue Squad Building, the Bristow Faulkner Funeral Homes in Saluda, Matthews and Tappahannock as well as numerous residences in Deltaville. For years, he donated drawings for homes constructed by Hands Across Middlesex/Habitat for Humanity. Norman will long be remembered for his special gifts and accomplishments: his ability to fix or build almost anything, his ability to drive and pass his vision test well into his 90s, his sense of humor and lively conversations, and his deep love for our country -- fully demonstrated by his published work “Greatest Conspiracies: Wake Up United States of America” from 2014.

Throughout his entire life, he was quick to make friends and loved telling stories about Deltaville and the history of Middlesex County. And, if you never saw him dance to the music of the Big Band era, you missed a special treat. He and Sylvia could definitely cut a rug! In addition, he served as a Greeter with Richmond’s ACCA temple and was recognized as a 50-year mason.

A graveside ceremony was conducted at Philippi Christian Church Cemetery officiated by Reverend Edward Harrow. A memorial service is planned for a later date. Any cards or letters can be sent to Chris W. Hall, P.O. Box 384, Deltaville, VA, 23043. In lieu of flowers, the family has asked that donations be made to the Lower Middlesex Volunteer Rescue Squad and/or Hands Across Middlesex/Habitat for Humanity.
Read Less

Receive notifications about information and event scheduling for W. Norman

We encourage you to share your most beloved memories of W. Norman here, so that the family and other loved ones can always see it. You can upload cherished photographs, or share your favorite stories, and can even comment on those shared by others. 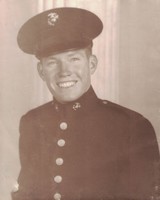 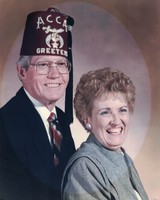 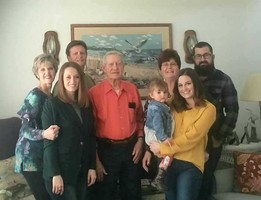