To share your memory on the wall of Walter Harrow, sign in using one of the following options:

Walter was an educator who served the counties of Middlesex and Essex as School Superintendent and later he served the Virginia Baptist Mission Board as Associate Executive Director and Chief Information Officer.

Due to Covid-19 guidelines there will be a private graveside service. A Memorial service will be held at a later date.
Read Less

Receive notifications about information and event scheduling for Walter

Print
Private. With a memorial service to be held at a later date.

We encourage you to share your most beloved memories of Walter here, so that the family and other loved ones can always see it. You can upload cherished photographs, or share your favorite stories, and can even comment on those shared by others.

Posted Jan 01, 2021 at 11:54am
Walter Allen embodied the words kind and Christian. He leaves an incredible legacy in our county of Middlesex and his home of Deltaville. My thoughts and prayers are with you, Betty, and the entire family.
Velma Krowe Gray
Comment Share
Share via:
TB

Posted Dec 27, 2020 at 01:46pm
I first met Walter when I came to work for the BGAV in 2011. He was a grace-filled individual who would exude such love and grace. Walter and Betty sat in for a couple of Sunday School trainings I did over the years as well. They were always learning and offering encouragement after the training. My heart goes out to all of the family, and know I am praying for you all! Love & Prayers, Tony Brooks
Comment Share
Share via:
DG

Posted Dec 27, 2020 at 10:12am
Mr. Harrow will truly be missed by many people. Harry T & I enjoyed our times fishing with him. Harry T enjoyed their conversations so much. My prayers to the family & may God give you peace and comfort. Your memories will be cherished forever.
Comment Share
Share via:
JB

Posted Dec 26, 2020 at 12:39pm
It was with great sadness that we learned of Walter's passing on Christmas Eve. As all of his family and friends know, he was a wonderful and loving man. I first heard his gentle voice over my VHF radio from his charter boat "Miss Nan" talking with other fishermen in the area. Later I was fortunate to meet Captain Walter and Betty as well as their family and have wonderful memories of my visits with them. Hopefully soon the void left in the hearts of those he left behind will be filled with warm memories of past times. 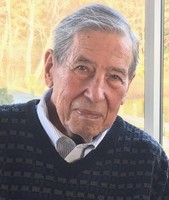